I’ve been easing into the profession for over a year now (don’t want to get ahead of myself, here–I’m still a homeschool mom for a few more years, after all). I’m finally making my first blog post after a little reflection on what in the world I’m doing:

Iʼm doing something a bit unconventional here. (Are yʼall ready for this??) Iʼm working as a professional organizer. Okay, I know, I know, the profession has been around for dozens of years now–thereʼs even a national organization for organizers (us insiders know it as NAPO)…

But in my neck of the woods, the whole concept is still a little bit out of the box, and organizers are still fairly scarce. When I attended the NAPO conference for the first time this year, I felt even more convinced of the strange newness of the profession to our part of the country.

Most of the organizers, at least the ones I met (and I met a LOT!), were from the East and West Coasts, and definitely from more urban areas. I met relatively few from the interior of the country and even fewer from “Small Town, USA.”

I donʼt think that means that those of us from the suburbs and towns are inherently more organized (but then again…?). I just think itʼs like anything else, weʼre just a little behind the latest trends, good and bad.

I think the fact that organizing is a service profession (we trade in service hours–not tangible goods) is a large part of the unconventionality Iʼm talking about. My husband is an attorney, so this is not an entirely new concept in our home. We’ve often discussed people’s hesitancy to pay for service versus “stuff.”

But I come from a long line of “do-it-yourself-ers.” Or maybe just a long line of “people-not-capable-of-imagining-paying-other-people-for-services.” I grew up in a household in which we rarely, if ever, hired people for services of any kind.

We werenʼt destitute or anything. In fact, we were rich in things that mattered, but we truly never went without material things that mattered either. Except… we mowed our own yard, did ALL our own laundry (No dry-cleaning. Thatʼs what Woolite was for…), changed our own oil, and right or wrong, definitely did any home or car repairs that came along.

If it was time for a new roof, all my uncles would be coming over to do the job. In all my years growing up, my parents never hired an attorney, plumber, accountant, personal trainer, housepainter…anything of the sort!

Aside: There was that one time that my mom called a cab (from in town out to the country where we lived) to take us to the church Easter-egg hunt, but thatʼs related to the above-mentioned do-it-yourself car repair…

I even worked my way through college at a hardware store, and when I wasnʼt doing computer data input or manning a cash register, I was learning everything I could from the resident experts on plumbing, electrical, hardware, and lumber, so I could continue the tradition in my own home–and my first apartment gave me plenty of practice!

I’m not at all being critical of my parents for not hiring these services out. They saved money (usually…) in many ways that allowed my mom to stay home and give us a wonderful childhood as well as keep us in art supplies, piano lessons, braces (lucky me), football gear (no, not me), and so on.

However, I suspect even if the goal were not to save money everywhere that we could, my parents still wouldnʼt have dreamed of hiring out many services. I think we just thought shelling out hard-earned cash to pay people to do things you could do yourself (skill level notwithstanding), was only for the rich and famous.

So, getting back to organizing, when I told my parents I was beginning to work professionally as an organizer, they said, “Huh?” and then once I explained a little, they said, “Really??”

So much has changed from them growing up on small farms (complete with outhouses) with relatively few possessions to now living in a day and age when people are overrun with “stuff” and are often seemingly powerless to do anything about it.

What seemed like a ludicrous proposition just a few decades ago suddenly makes a world of sense: if bringing in a professional can bring about freedom from ever-growing piles of stuff and failed household systems that keep a family from optimum day-to-day function, parting with a few bucks to achieve that freedom is a no-brainer.

How did I get here, you may ask? Before having my children, I worked as a teacher in the public schools. I was dual-certified for both art and English, and I ended up getting hired at a small, community school where, in order to work at the high school level, which I preferred, I had to do both.

So on the one hand, I was buried in grammar and writing assignments in my English classroom, but on the other, I was the entire Art Department, managing the art classroom (in another part of the building ) with all the supplies and materials that I had acquired on a shoestring budget, as well as sponsoring the Art Club and putting on 2-3 shows per year.

I spent a GREAT DEAL of time organizing materials and supplies, and actually often enjoyed that aspect of the job more than I did all the prep-work and grading associated with the actual teaching. Staying organized was essential in surviving such a demanding pace.

Fast forward a few years: I stayed at home after having my daughters, we moved a couple of times, and my husband worked many long hours while I began to homeschool our girls. Again, organization was key to keeping my head above water, and I can say truthfully, the lack thereof was sometimes the thing that made me feel like I was drowning.

I have natural organizing tendencies: I crave order and organization, and am constantly organizing in my head. I love all kinds of puzzles, but especially anything involving spatial challenges. I love having the spaces surrounding me arranged in functional, yet aesthetically pleasing configurations.

I also struggle with organization from time to time: life happens, and health ups and downs, family crises, and overwhelm resulting from overload happens to the best of us, and sometimes order in our home takes a back seat to seemingly greater needs.

I think over time, as Iʼve seen myself struggle with these issues, Iʼve come to realize that Iʼm not alone.

I have known people who truly do keep an immaculate house and never seem to fall behind on organization and management of the things in their home (and I donʼt hate them for it….much…).

Somehow, when things fall apart, the stress doesnʼt manifest itself in a mess for these people. They seem to be hard-wired such that they are unable to forfeit a constant state of order.

But I think there are many others, who are equally intelligent, hard-working people who find ourselves *ahem* I mean themselves, sometimes after crisis upon crisis, stuck in a place of overwhelm, unable to find even a place to start, often unbeknownst to the world outside of their immediate family.

Instead of clinging to order to keep a grip on sanity, itʼs the first thing out the window when the going gets tough. Iʼve seen this on a small scale in my own life, sometimes made worse by perfectionistic tendencies, and Iʼve definitely witnessed it up close with friends and family members.

I think this experience has grown in me a great deal of compassion as well as a longing for a chance to help those people who find themselves in a similar spot.

And then I find out that there are people who make an entire career out of just that!  (Major epiphany moment!!)

For those discouraged souls, ready to make a change, I want to be their Professional Organizer.

6 thoughts on “On Becoming a Professional Organizer” 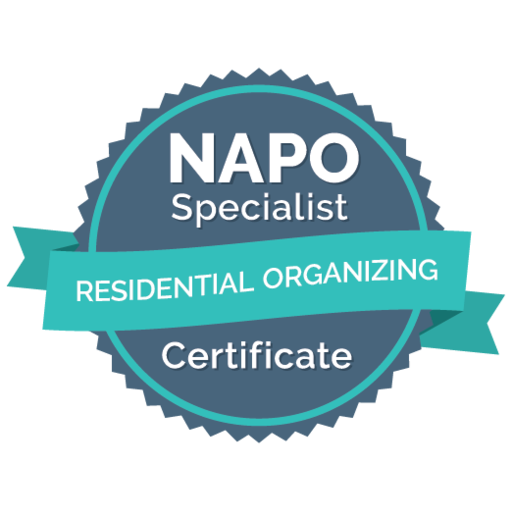 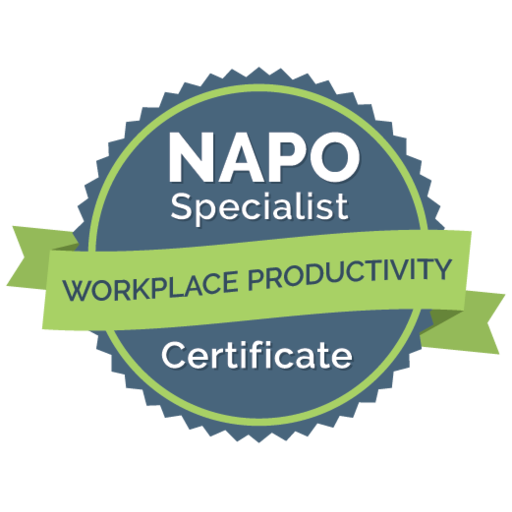